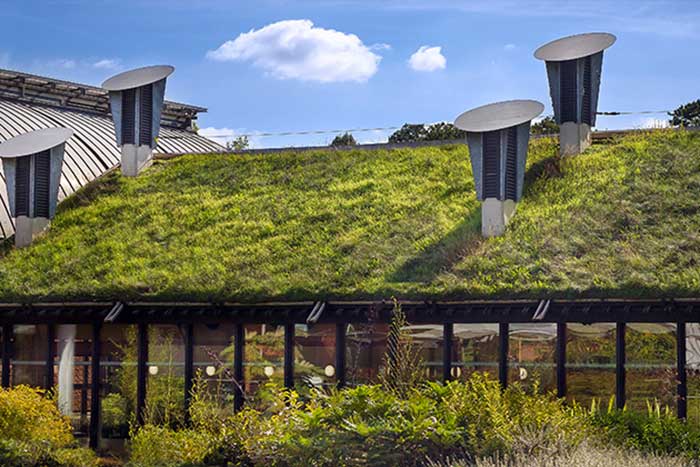 Temperatures in big cities are rising due to ‘urban heat island effect’ and this is increasing the intensity and frequency of heat events. Study uses computational modeling to assess characteristics associated with increased temperatures across land-uses in cities to provide nature-based heat-mitigating solutions for different land-uses.

As more and more people move to big cities due to study and work opportunities, more constructions are coming up leading to a dramatic shift in city landscapes. Almost XNUMX percent of the global population now resides in urban areas. Big cities are becoming congested and dense. Due to more buildings and pavements in the cities, temperatures are high and continually rising due to a phenomenon called urban heat island effect. With rising temperatures, the frequency and intensity of severe long-lasting heat events in increasing as the summers are getting hotter. Urban heat not just raises temperatures but also causes pollution and determental health outcomes especially for the vulnerable population. Urban heat is becoming is an ambiental concern for all major cities of the world. Nature-based design solutions for land-uses are needed to be adopted to build sustainable neighborhood for managing urban heat in cities.

Results that design-changes including planting trees and vegetation, installment of green roofs, heightened roads and roofs, decreasing paved surfaces and using materials on roofs and on sidewalks which can reflect heat can have a good result. Also, material asphalt is highly associated with increase in ambient temperature. Maximum differences in temperature can be achieved by planting trees and using reflective building materials. Green roofs when installed, provided localized cooling and environmental effects like soaking rain water, controlling pollution and providing a natural habitat to birds. Results showed that combination of different mitigation solutions would give relief from heat.

The current study shows the differences in temperature by incorporating changes in different land-uses in an urban neighborhood. The study provides heat-mitigating nature-based solutions for various city landscapes through an efficient platform for city planners to achieve climate goals.

Study had shown recovery from paralysis using a novel...

Ancient people thought we are made up of four...